An estimated 10.3 million U.S. workers are independent contractors, according to 2010 U.S. Census Bureau data, and all indications are that number is rapidly growing.

Here are two steps a company should take to avoid the penalties, back taxes and interest that can come from misclassifying a worker as an independent contractor.

Be careful to make the correct classification

Get the classification of workers right the first time and continually monitor independent contractors so you are aware if a contractor’s relationship with your company changes and necessitates a re-classification as an employee.

Don’t be afraid of reclassifying your workers

While the IRS is turning up the level of scrutiny on companies that misclassify their workers as independent contractors, they also are offering leniency for those that address the problem. The Voluntary Worker Classification Settlement Program recently was expanded by the IRS and offers companies a way to avoid stiff penalties.

“Employers accepted into the program will generally pay an amount effectively equaling just over 1 percent of the wages paid to the reclassified workers for the past year,” according to the IRS. The program eliminates interest and penalties, and assures that employers will not be audited on payroll taxes related to the reclassified workers’ prior work.

When executed correctly, the independent contractor relationship can have benefits for both workers and companies.

Independent contractors have greater flexibility in work schedule and location and are able to pursue multiple entrepreneurial opportunities. Companies gain an on-demand workforce that can scale with the ebb and flow of business without the long-term costs and commitments of hiring full-time employees.

3 considerations in determining how to raise capital

"Itemized deductions" ... All Good Things Must Come to an End 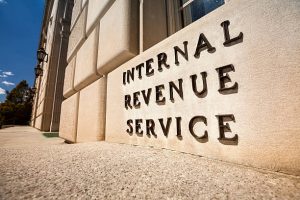 What’s Really Going on at the IRS? 

It’s OK For A Business to be “Boring”

When to Persevere and When to Pivot